What Parents and Students Need to Know

Written by Support Team
Updated over a week ago

The dream:  I love playing hockey (golf, baseball… you fill in the blank) more than anything and I want a scholarship to play my sport at a U.S. college.

Student’s dream: I want to play that sport professionally.

Parents’ dream:  You better get a degree in case that doesn’t happen because you’ll need a job. So how can you achieve at least your dream to play your sport at college and obtain sufficient funds to be able to do that? (And be noticed as a prospect for the pros and actually get a degree too).

Back in the ‘60’s, big schools gave male athletes full scholarships, a free apartment, a Ford car, and sometimes signing bonuses donated by “booster” alumni eager to get a top player on the team.  The result was that these athletes were really semi-pros, scarcely students at all, no hope of getting a degree, and often minimal hope of playing professionally.  That’s when the NCAA stepped in to level the playing field, so to speak, limiting the number of full scholarships a school could offer, eliminating signing bonuses, and finding ways of determining if these guys had any chance of obtaining a university degree beyond just taking Speech courses, which is what they used to do.   Meanwhile, Title IX came into being, and colleges must now give equal money to women’s athletics as they do to men’s.  A college with any infraction of the rules nowadays pays a hefty penalty, such as elimination from any national championships or bowl games (like the Rose Bowl).  Most schools have a specialist on staff to interpret the gigantic and ever-changing rule book and to ensure the college is in compliance.That’s why there are now so many rules, and there are more every year.

NCAA Division I: The Big Guns

Div I includes the large state universities and usually have the most competitive teams.  You may have heard of the Big Ten (Michigan, Ohio State), the PacTen (UCLA, Washington) and the SEC – Southeast conference (Alabama, Georgia).   On Saturdays throughout the fall, turn on the TV and you’ll see as many as 100,000 fans in football stadiums watching these teams squaring off against each other.  With all the viewers watching at home, the networks pay big bucks to the college’s athletic fund for the privilege of broadcasting a popular game. Clemson’s Coach Dabo Swinney salary of $8,504,600 isn’t even the highest.   We’re talking big money, and don’t imagine for a moment that “it’s just a game.”  And just when you thought it was safe to go back to your TV, along comes college basketball, aptly named March Madness.

Pros: These schools enjoy the most money;  these schools have the highest visibility, and scouts from the pro teams will be watching for recruits;  many students have enjoyed a full ride, i.e. a scholarship covering all their expenses; because athletes need to achieve certain grades to continue to be eligible to participate, these colleges offer excellent support to an athlete who is struggling academically to maintain his/her eligibility, which you have to do each year.

Cons: originally-enthusiastic athletes sometimes complain that they are treated as an athlete, not a student, and their academic goals get lost. A fully-funded pole vaulter returned to Toronto and U of T after one year.  A golfer on a full scholarship participated in only 8 tournaments in her 4 years.  Make sure it is clear what happens to your scholarship if you are injured.

The rules: every sport has a date at which time (usually in grade 11) an interested coach can contact YOU.  However, you are free to send an email to the coach independently.   Most importantly, athletes must satisfy the NCAA Initial Eligibility requirements before they can compete, and that requires registering with the NCAA Clearinghouse, paying the fee, and meeting the minimum standard of SAT/ACT test scores paired with school marks … in 16 core academic subjects (these are English and humanities, language, social science, math, and science) with a minimum 2.3 GPA.

For the full explanation including test scores for Div I, see:
http://www.ncaa.org/sites/default/files/2018DIEC_Requirements_Fact_Sheet_20180117.pdf

Note:  although you can visit any school you want to on your own, you may accept only five official visits (that means the college pays for you to visit, puts you up for the night, takes you to classes and often has you work out with the team).   Most students don’t get five lovely trips; many get none at all.  But if you are that desirable, choose your five official visits wisely. 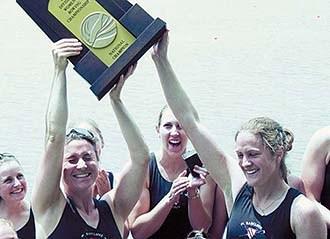 Also part of Division I, sometimes called Division IA as in football or Div I Ivy, these colleges abide by the same rules as the big schools, i.e. five official visits maximum.   But there are notable differences:  satisfying NCAA Initial Eligibility mark and standardized test score requirements will not be sufficient for an Ivy. They will expect much higher marks and SAT/ACT scores to be assured that a prospect can actually handle the academics.  Further, although they are very well endowed financially, they award financial aid only to students whose parents’ tax returns and statements indicate they actually need it, and that includes athletes that they really would like to have.   If you hear someone went to Yale on a hockey scholarship, that is not the reality.  They were recruited for the hockey team and may well have had an admission offer because of that, but the student will only get financial aid to include a scholarship, loan and work on campus if the family shows the need it.

As a result, the Ivy League teams are not always as fiercely competitive as the regular Division 1, though an Ivy sometimes makes it to March Madness, and rowing is traditionally very competitive. 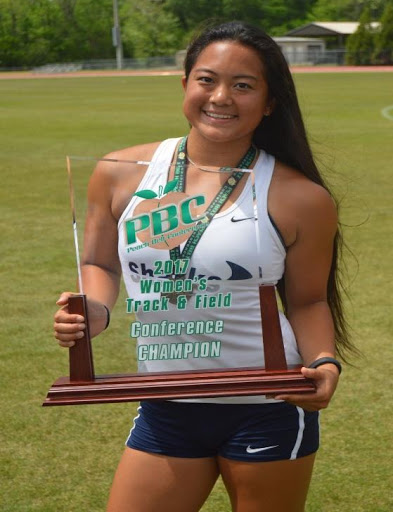 The NCAA academic rules for initial eligibility are much the same as Division 1, and these colleges again have restrictions on how many full scholarships they can award.  However, the catch is that some colleges do not have as much money as they’re allowed to give, and sometimes they have no funding at all for the very team you would like to join. Finding out in advance is critical. 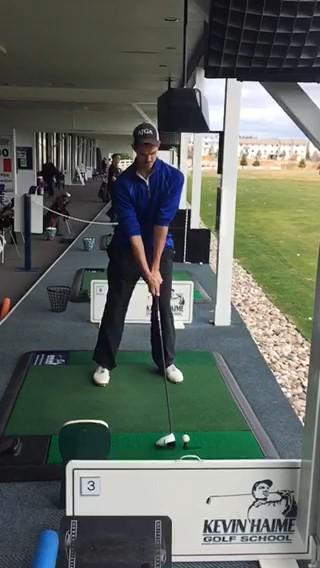 Senior on the Adrian College (MI) golf team, Jonathan Roscoe of Ottawa, practices his swing.  Academic merit scholarship money allowed him to enroll, as he also prepares for med school

So why would an athlete even consider Div III?   These are often small liberal arts colleges with strong student engagement, professorial accessibility, wonderful academics, and full consideration for a student’s academic goals.  Often these colleges offer need-based financial aid and/or academic merit scholarships.  Then if you decide not to participate in your sport any longer and concentrate on preparation for law or medical school, you won’t lose your financing (as long as you keep your marks up, which of course you are doing).

But, you ask, how competitive are the athletics?  Surprisingly strong.  Take a look at schedules for Adrian College (MI) Bulldogs’s men’s ice hockey or Middlebury College’s alpine skiing, for example.   Teams do a lot of traveling around the U.S., and don’t always compete against just Division III teams.

Many athletes have found Div III suits their needs very well, and a student rejecting this option out of hand may miss a terrific offer.. and an amazing education. 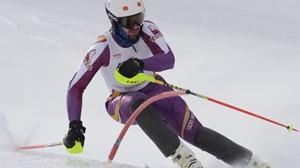 College of Idaho Coyote Men Take 2nd at Regionals, off to Lake PlacidFeb. 2018

This is a different athletic league entirely with its own requirements.  Not as many sports are represented as with the NCAA;  schools are small, and you may not be familiar with them, but you can find wonderful opportunities.  Be cautioned that some have a religious affiliation that may not be the same as yours, and some are historically black colleges.  If you get a great offer, ensure before signing that you will be comfortable in an environment that may not be as diverse as you find at your high school.

But if you find a good fit, these colleges do have money and the NAIA has its own set of regulations.  Coaches have assured me that their team members also get recruited by the pros. 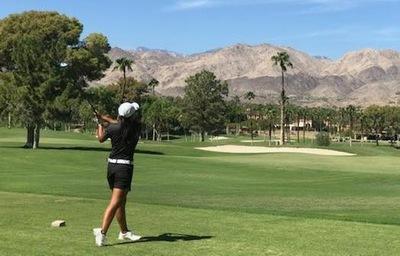 This group includes two-year junior and community colleges and often is a great starting point for athletes hoping eventually to get a bachelor’s degree.

In the U.S., two-year colleges offer an A.A. (Associate of Arts) and A.S. (Associate of Science) degrees.  But what if you want the 4-year bachelor’s degree?  Many students progress after their first two years on to a four-year program, specifically in California to one of the Universities of California or the California State system.  Of course, you need to keep your marks up and ensure you are taking a program that permits a transfer to a 4-year college, but it’s definitely do-able.  Now, you do use up two years of your eligibility, but you can enjoy excellent coaching, incredible facilities, great competition and, in many cases, opportunities to play all year round.

You’ll also find that overall costs can be less at a junior or community college, and while scholarships and aid will vary according to a college’s resources, this can be an excellent route to get your academic and athletic career on the right path.

For a serious athlete, playing at the club sport level, counting on an academic merit scholarship may not meet their athletic goals.  However, when it comes to certain sports like men’s hockey, you may be astonished at the serious competition you’ll find.

Accountability in keeping students safe while they receive an education is the goal of these organizations.  Alas, we know from the recent scandals in women’s gymnastics that success is not guaranteed, and it’s important for parents, together with trusted advisers, to be involved and watchful in the process.  Their maturity in dealing with other adults will ensure our students make the best choices for their future.

Did this answer your question?